Guest Blog – Thriving but worse than ever before: The case of young Australians 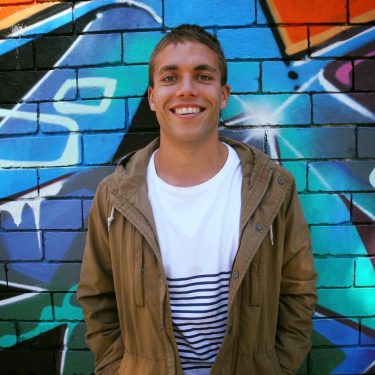 Thriving but worse than ever before: The case of young Australians
By Ashley Humphrey

It is true that young Australians today benefit from a range of economic, social and health related advantages that previous generations of young people would have only dreamed of. And yet despite the many developments evident in modern Australian life, there is pervasive evidence to suggest that the life satisfaction and wellbeing of young Australians is in decline. Generational data on mental health for example points towards an increase in the amount of psychological health issues experienced by young Australian people over the preceding decades.
Interestingly, this trend seems to be consistent across high-income developed countries, and is far less apparent in developing contexts, suggesting that this deterioration of mental health may be culture specific. Discussing generational declines in the quality of mental health experienced by young people, American Psychologist Jean Twenge reasons that cultural factors could be playing a key role, stating that ‘something about modern Western life is causing more and more young people, to feel anxious and depressed’. Twenge points to culture’s deteriorating social connections and increased emphasis on image and competition, as two key potential influences.
This is a provocative suggestion, yet one backed up by a body of research suggesting there have been subtle but significant consequences to many of the progresses seen in Australian life over the previous decades. For example, the economic increases that have taken place in the developed world over the past few decades have granted young people greater freedom and flexibilities in making key life decisions. And yet these factors have also been linked to greater levels of uncertainty and competitiveness amongst young people, that have in turn correspond to poorer mental health outcomes. Further, changes in social practices have allowed young people greater autonomy to express themselves and make important life decisions independent of external influences. And yet these changes have also been linked to young people possessing poorer social support, experiencing increasing levels of isolation, and overall diminished mental health indicators.
Despite these research findings indicating culture can significantly influence young people’s psychological health, the general discourse around mental health issues has largely overlooked its impact. Education and policy-based responses to depression and other mental health issues in Australia has instead focused on their individual nature, with the broader influence of cultural factors largely ignored. And yet the research makes the compelling case that our understanding of depression and mental health issues needs to move beyond individual-level factors, to include broader social and cultural influences.
This sets a challenge to families, schools and wellbeing professionals to be more mindful of the cultural voices that permeate the worlds of young people today, and how these voices may influence wellbeing. If Australian young people are ever to truly thrive against the social backdrop of twenty-first century life in the Developed world, it is crucial that more attention is paid to establishing values and behaviours that will best foster their psychological health.